The most traditional trip of the south of India. It combines the great artistic treasures of the south, with its landscapes and people, offering a very complete vision of the area. It highlights the possibility of knowing cities and temples that can only be reached by road.

Arrive and transfer to the hotel. In the morning panoramic visit of Chennai: the Fort of St. George, the Basilica of St. Thomas in Milapore and the Temple of Kapaleeshwarar, dedicated to Shiva. Lunch in a restaurant Continuation by road to Mahabalipuram, the “City of Seven Pagodas”. return to Chennai.

Breakfast. drive to Madurai. In the evening visit of the city: the Meenakshi Temple,  at night, we will attend the ceremony that takes place in the temple, where the priests walk to the god and celebrate their rites.

After breakfast. Boat ride in the region of the “Backwaters”, labyrinths of narrow canals, wide rivers, and lakes, along which the life of the people living there lives. drive to Kochin. Evening visit of the city: the old Jewish Synagogue in Mattancherry (closed Friday and Saturday). We will see the fishermen, the Church of San Francisco, the Dutch Palace and we will go through the streets of old Cochin.

Ooty, also known as Udhagamandalam, is a hill station in the state of Tamil Nadu, in southern India. Surrounded by trees, central Ooty Lake is a huge artificial expanse of water with pleasure boats. On the slopes of nearby Elk Hill, the Rose Garden is home to over 2,000 varieties of roses. The Government Botanical Garden, created in the 19th century, features ferns, orchids and a prehistoric, fossilized tree.

Breakfast. In the morning visit of Mysore, where we will see the Maharaja’s Palace, we will climb the Chamundi Hill to admire the Chamundeswari Temple and the giant statue of the Nandi Bull. In the afternoon departure to Somnathpur and visit of the temple dedicated to Vishnu of s. XII. Return to Mysore.

Departure in the morning towards Sravanabelagola, where you will find one of the most spectacular Jain shrines in India. Belur, a city built around its beautiful temple of the s XII. This temple is a jewel sculpted and an example of Hoysala architecture. Continue to Hassan for lunch and departure to Halebid, where highlights the Hoysaleshwara Temple, built on a platform. Arrival in Chikmagalur where we will stay.

Hampi is an ancient village in the south Indian state of Karnataka. It’s dotted with numerous ruined temple complexes from the Vijayanagara Empire. On the south bank of the River Tungabhadra is the 7th-century Hindu Virupaksha Temple, near the revived Hampi Bazaar. A carved stone chariot stands in front of the huge Vittala Temple site. Southeast of Hampi, Daroji Bear Sanctuary is home to the Indian sloth bear.

After breakfast. Badami, formerly known as Vatapi, is a town and headquarters of a taluk by the same name, in the Bagalkot district of Karnataka, India. It was the regal capital of the Badami Chalukyas from AD 540 to 757. It is famous for its rock cut structural temples. Pattadakal, also called Paṭṭadakallu or Raktapura, is a complex of 7th and 8th century CE Hindu and Jain temples in northern Karnataka. Aihole, also referred to as Aivalli, Ahivolal or Aryapura, is a historic site of ancient and medieval era Buddhist, Hindu and Jain monuments in north Karnataka dated from the fourth century through the twelfth century CE.

Goa; Its long history as a Portuguese colony prior to 1961 is evident in its preserved 17th-century churches and the area’s tropical spice plantations. Goa is also known for its beaches, ranging from popular stretches at Baga and Palolem to those in laid-back fishing villages such as Agonda. 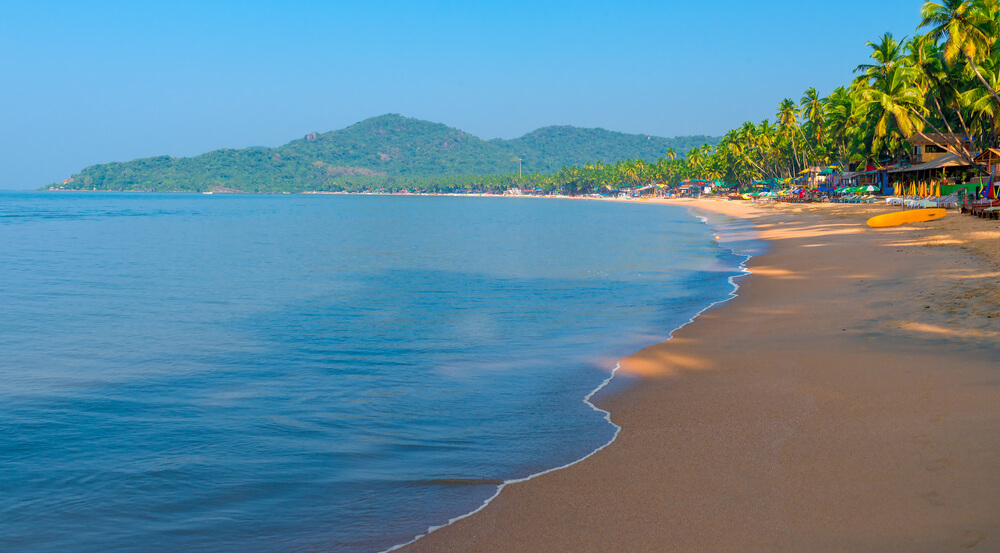 After breakfast, drive to the airport for the destination.

The most traditional trip of Ganges travels by the south of India. It combines the great artistic treasures of the south, with its landscapes and people, offering a very complete vision of the area. It highlights the possibility of knowing cities and temples that can only be reached by road.

The Trip Cost for single traveller